An imaginary material of precarious existence 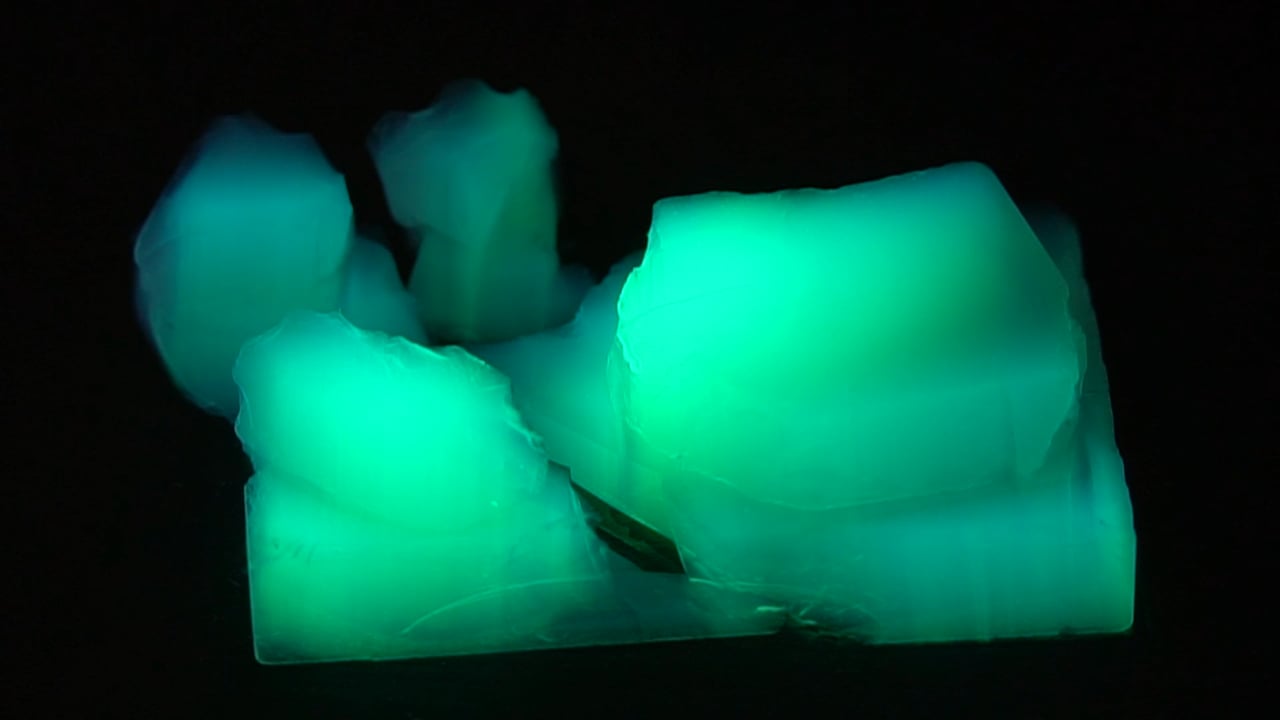 Aurora Imaginaris is, or represents, a fictional material emergent from digital media and nanotech physical processes. It is fake, imagined, not what it seems, yet beguiling and beautiful. It embodies both media and physical material, but as a hybrid substance does it even exist at all?

The piece is the second of Squidsoup’s Liminal Materials, a series of experiments into the nature of the digital and its relationship to the ‘real’ world we inhabit (1); how it can cross into the physical in novel and unexpected ways.

Squidsoup define a ‘liminal material’ as a hybrid substance combining both physical and digital components to create a phenomenon of unclear pedigree, questionable physicality, a material that defies traditional taxonomies of presence and materiality. It is there, we think, as we can see it and it occupies physical space, yet its boundaries are fluid, its presence is tenuous and its physicality precarious.

For many, Aurora Imaginaris evokes images of icebergs and the Northern Lights; of abstract, half-forgotten memories of other places, spaces and realities. It perhaps conjures the Sublime, the distant, powerful and unattainable. Beyond our grasp and yet so small, fragile and ephemeral.

Aurora Imaginaris also challenges the emerging consensus on what constitutes an ‘immersive experience’. Developed during a period of research as a SWCTN Immersion Fellow, the idea of the piece came to symbolise a response to the Technocracy’s hijacking of the idea of ‘Immersive Experience’ as relating primarily to goggle-based Virtual and Augmented Reality. One can be immersed in a book just as much as in a VR space; it is cerebral as well as visual, an evocation emerging from the imagination as much as from the sensory and the physical.

Rather than trying to engulf us by dialling the media experience up to 11, Aurora Imaginaris attempts to quietly beguile us and draw us in…

Aurora Imaginaris was developed during a SWCTN fellowship (South West Creative Technology Network).
A work-in-progress was presented at the Darkness Conference, Svalbard (January 2019).

A prototype was shown at Arnolfini (Bristol UK) as part of the SWCTN showcase (July 2019).

(1) The first Liminal Materials project, We Are Not Alone (Natasha Barrett and Anthony Rowe, 2015), uses bioluminescent bacteria as the only visible component of an immersive audiovisual experience. It was shown at Oslo Lux, and received an Honorary Mention from Ars Electronica. 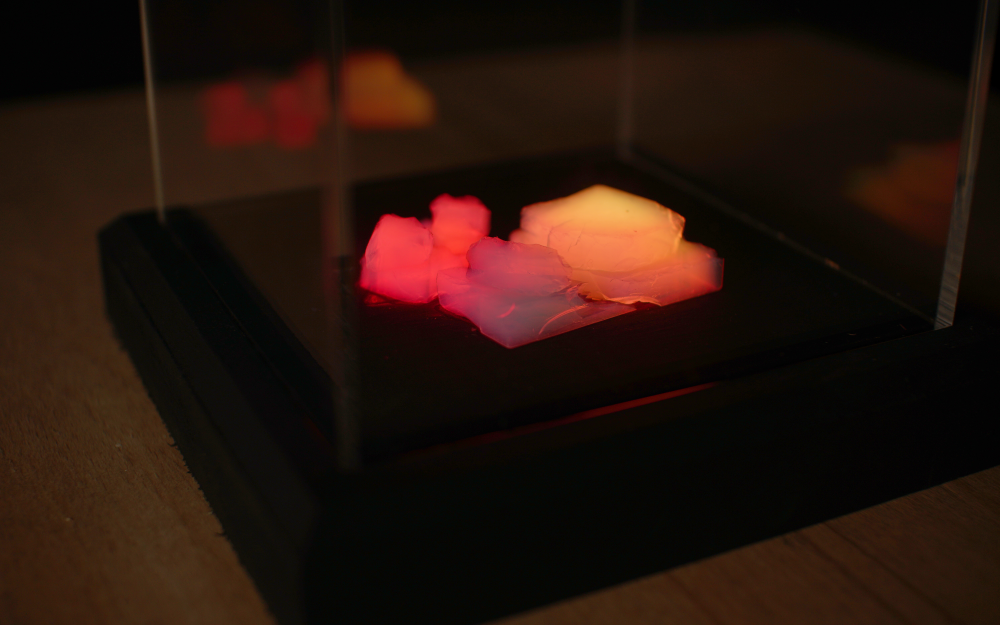 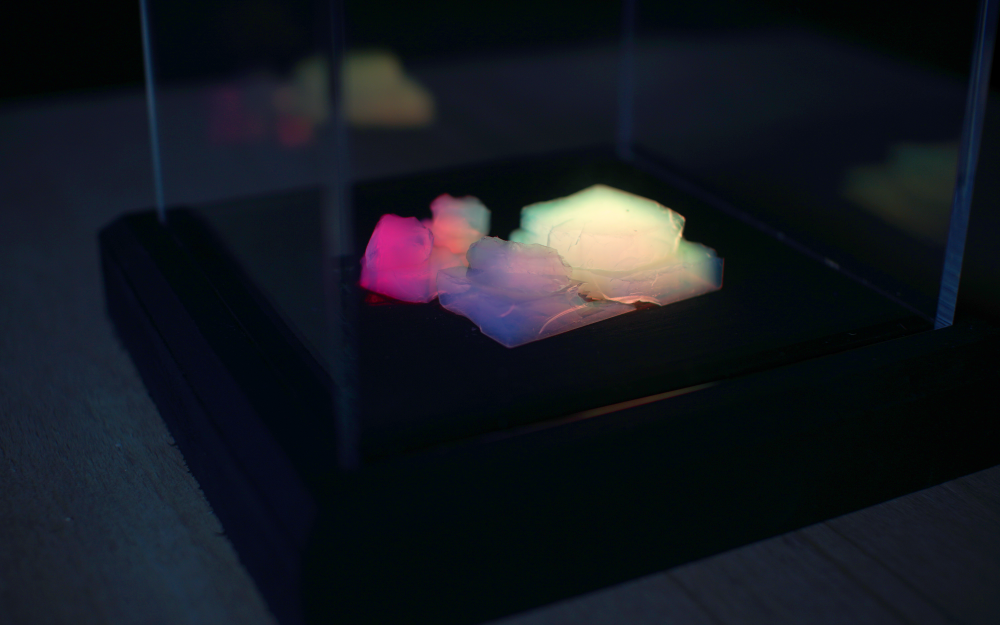 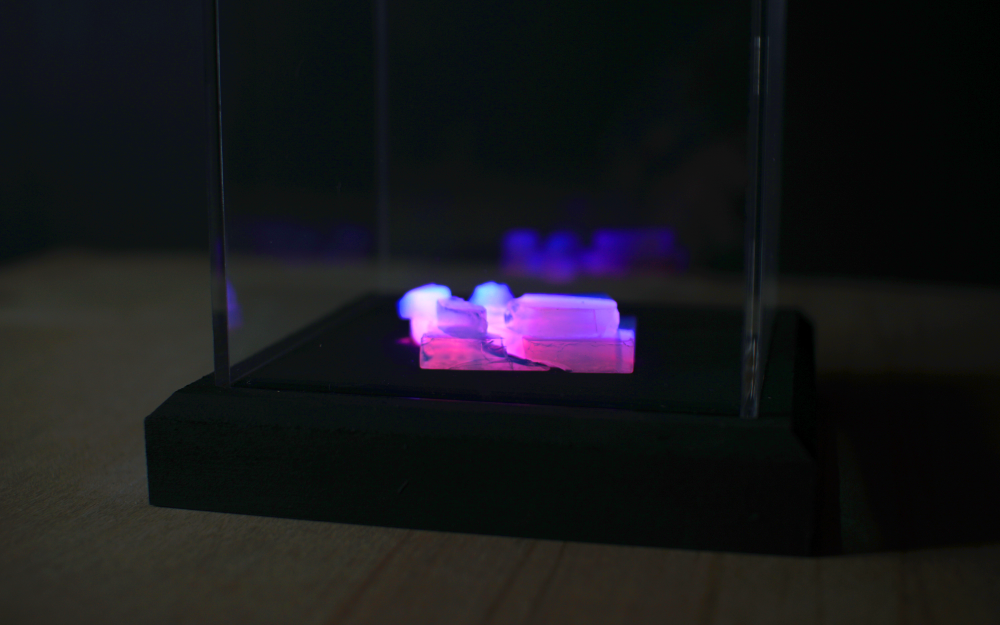 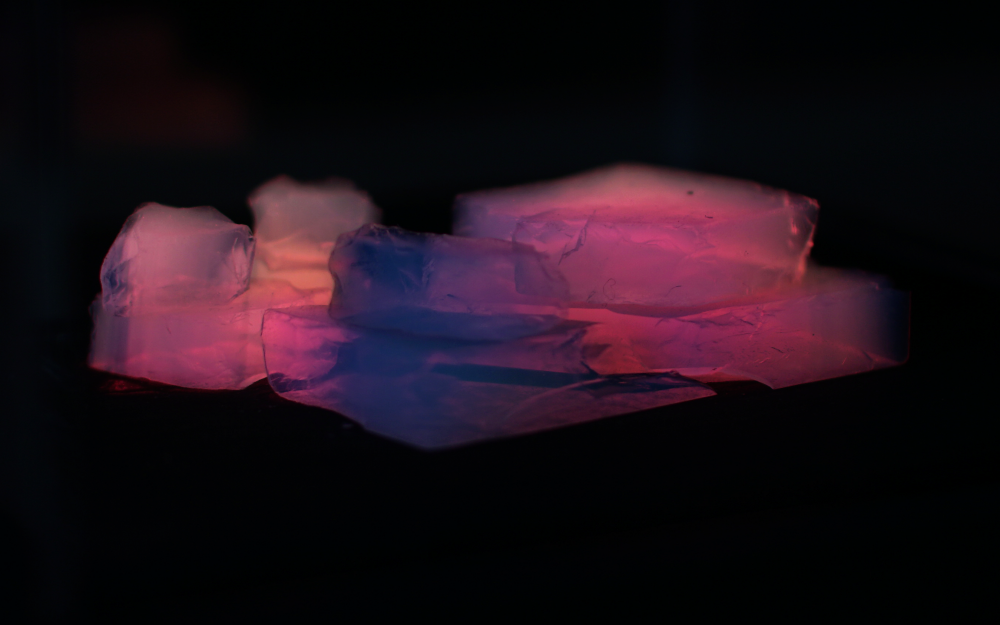