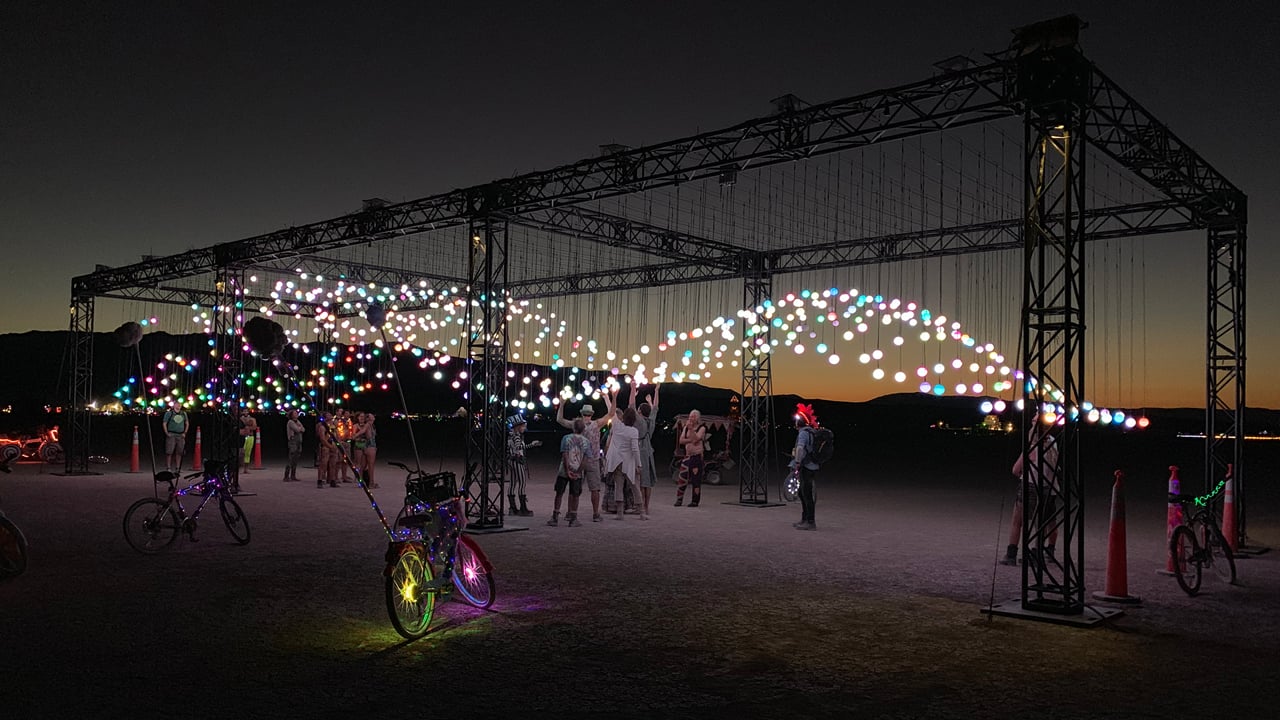 Desert Wave/Standing Wave was conceived as a response to, a reflection on, the deserts of Nevada and Arizona (USA). Both the Black Rock and Sonoran deserts were originally formed by water, yet the areas are now bereft of the element that gave them form. The piece therefore acts as a reminder of this geological ancestry, and of the massive forces at play in their making – forces that we are now tampering with.

A breaking wave, made of light and sound, in the desert – a reminder of a powerful past, yet also a chimaera, a vision, something that is so ephemeral it isn’t really there.

This contrast between massive power and incredible delicacy is one we wanted to explore. The symbol of a breaking wave is clearly a powerful one yet, as with much of our work, the fact that it is there through digital interventions makes it more transient, temporary, liminal. It’s not really there, it’s not really a wave, yet it resonates with the powerful forces of geological terraforming, the climate, the planet. Its transience reflects the seeming permanence yet real fragility of the environment.

The idea expanded and became a musing on another desert too – the Sonoran Desert, part of which lies underneath the city of Scottsdale, Arizona. In contrast with the relatively untouched and dominant desert around Black Rock (the location for Burning Man), in Scottsdale it is often easy to forget the geological prehistory of the area. It is a city. Much of the desert has been covered in tarmac, buildings, concrete, and the Arizona Canal. Entirely manmade in order to conquer the desert beneath it and make the area habitable, the canal symbolises, and enabled, the urban sprawl around it.

The contrasts between the two spots – dry desert and flowing water, wild space and urban sprawl, empty desert and bustling city – gave added meaning and poignancy to the piece.

And so, the placing of Standing Wave over the canal is also a reminder of this past, of what lies beneath the city, and of the powerful elemental forces that created that, and every, landscape.

Technically, Desert Wave/Standing Wave consists of 600 individual suspended orbs. Each orb contains LEDs, a wifi enabled processor and a speaker. The result is true spatialised sound (the soundcapes created by 600 individually controlled speakers is a rare auditory experience), and an ever changing, dynamic lightscape.

We are grateful to the following organisations who have supported this project, and without whom it would not have come to pass. 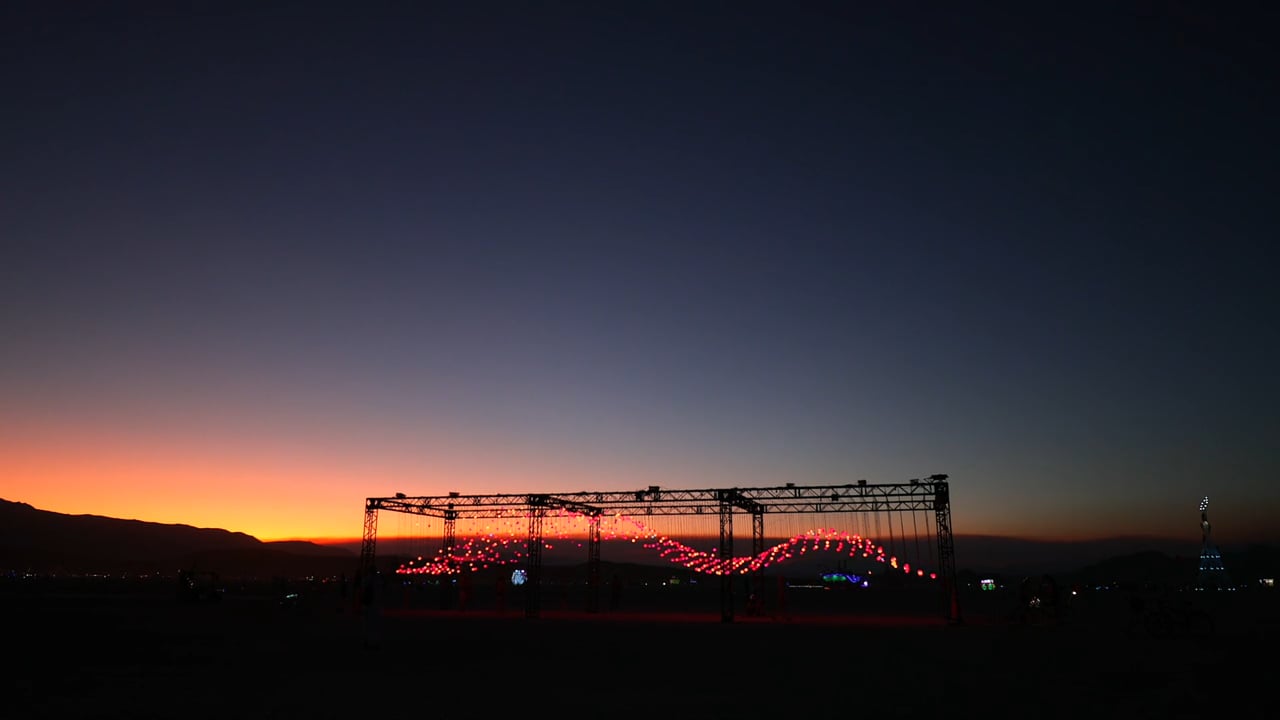 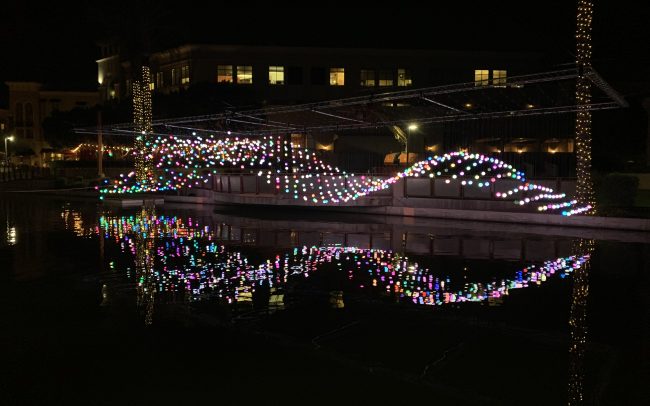 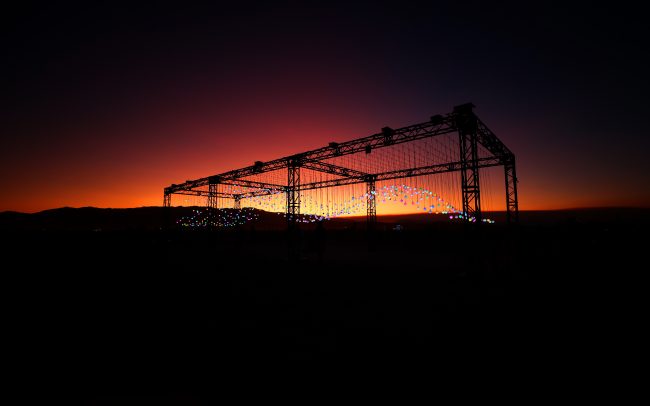 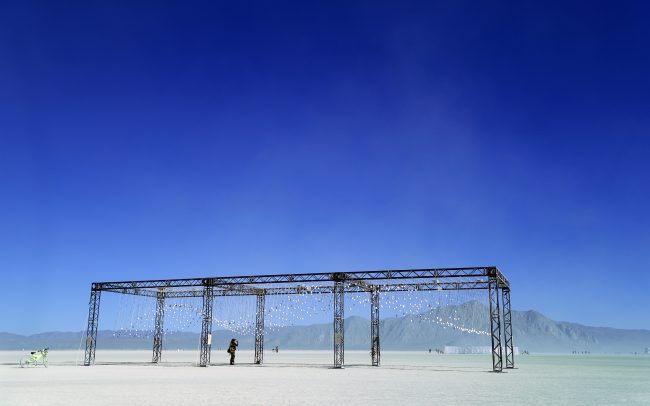 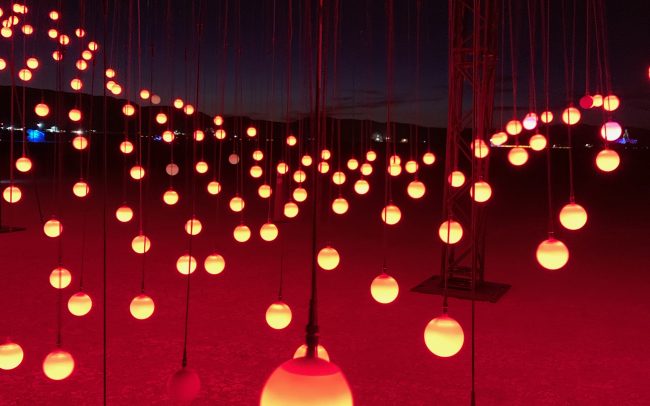 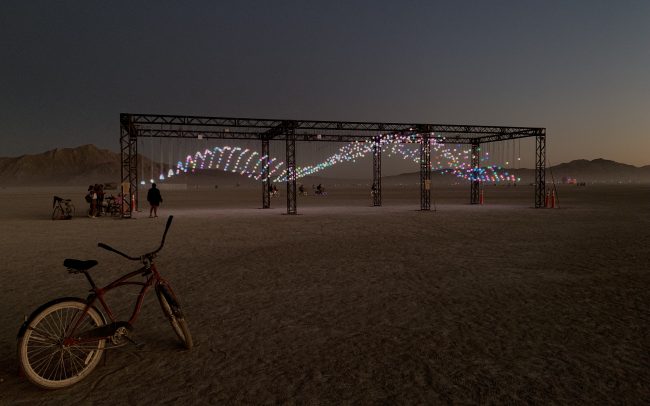 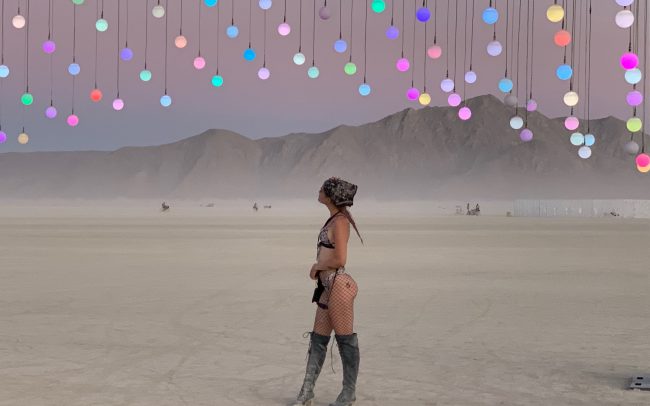 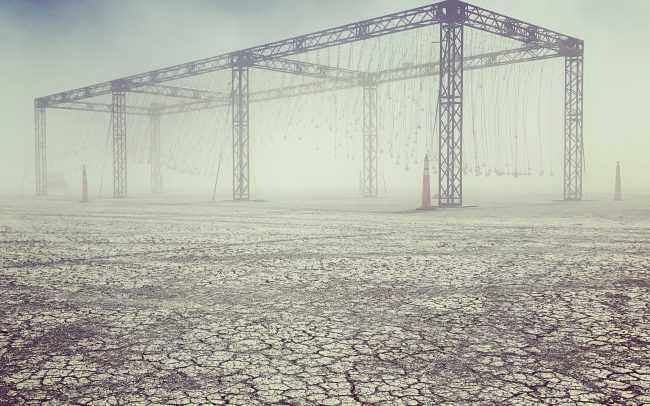 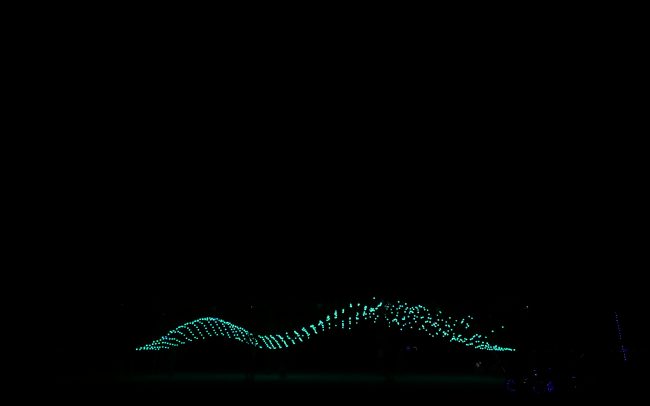 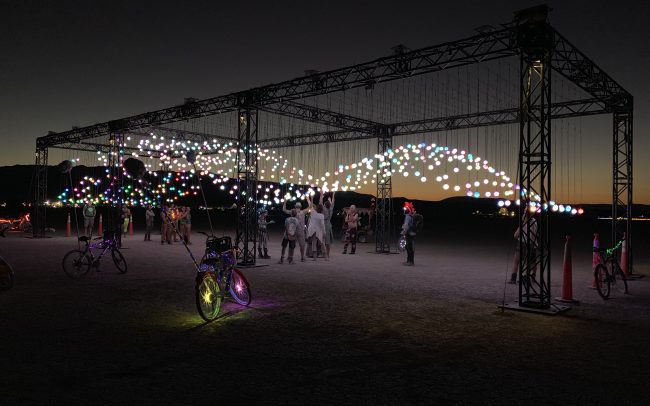 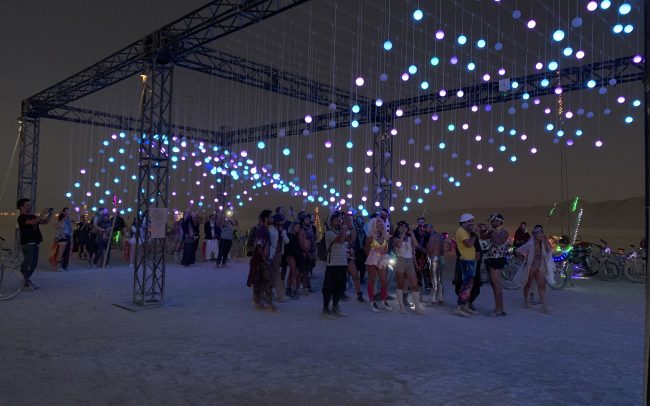 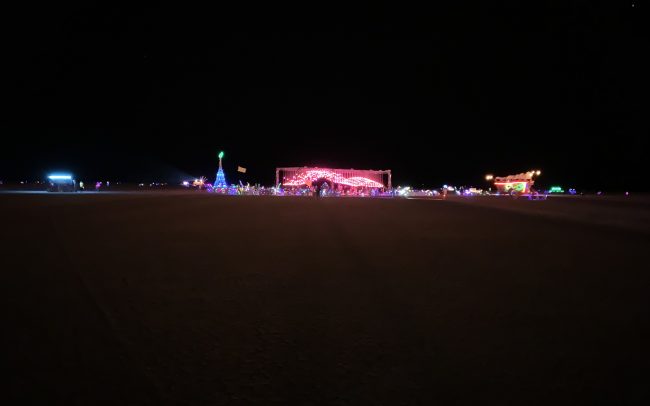 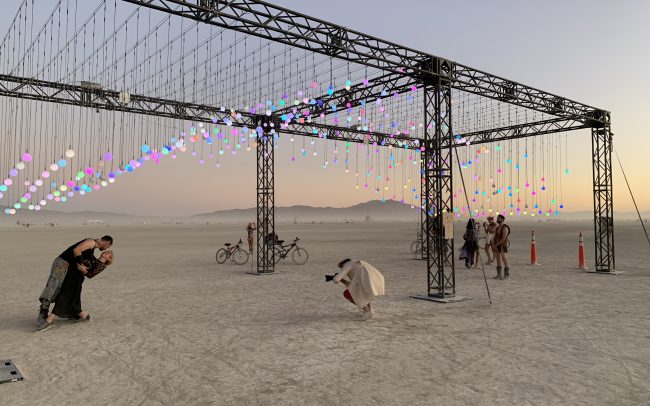 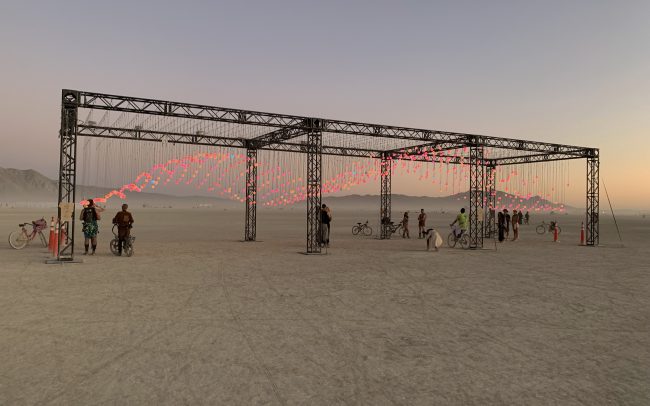