A memorial for Royal Welch Fusiliers 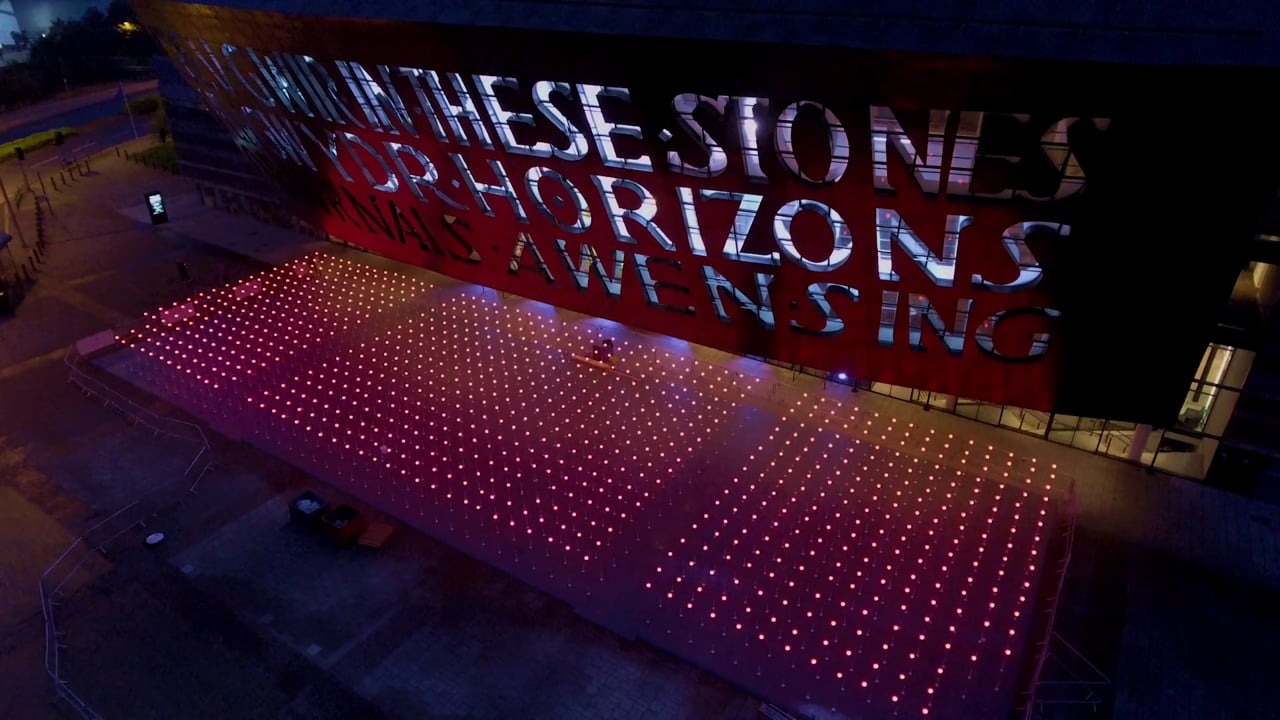 Field is an immersive artwork and memorial for 923 Royal Welch Fusiliers who died at the Battle of the Somme during the First World War and have no known grave.

The work was commissioned by Welsh National Opera to accompany our major new opera, In Parenthesis, by Iain Bell.

The 923 lights represent the many fallen fusiliers whose names are inscribed on the Thiepval Memorial in France. Some of these men would have served with ‘In Parenthesis’ author, David Jones, during the battle at Mametz Wood July 1916.

The work seeks to create an environment for remembrance and contemplation; one that connects the spiritual and elemental with the physical, the unseen with the seen, our past with our present. 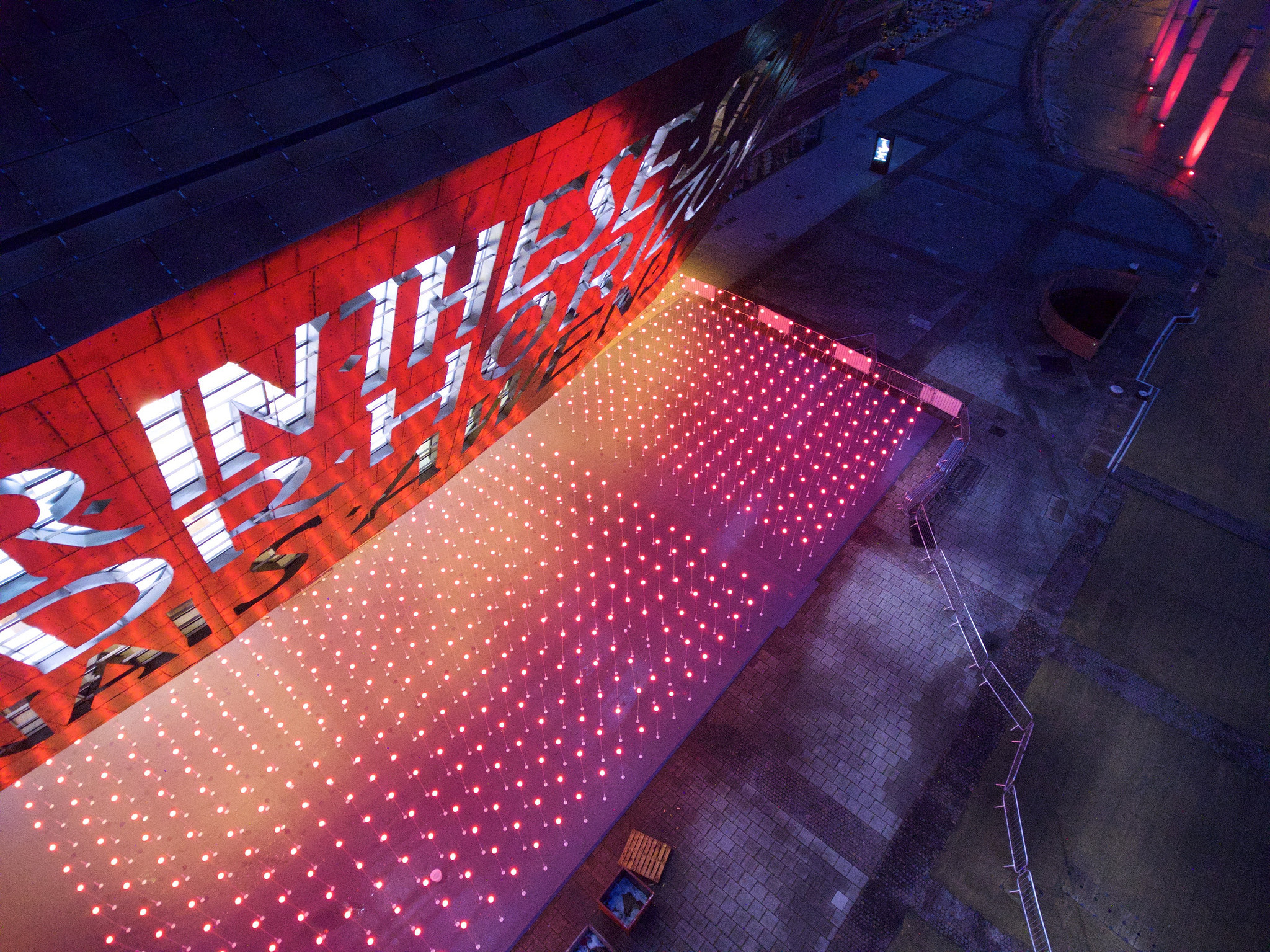 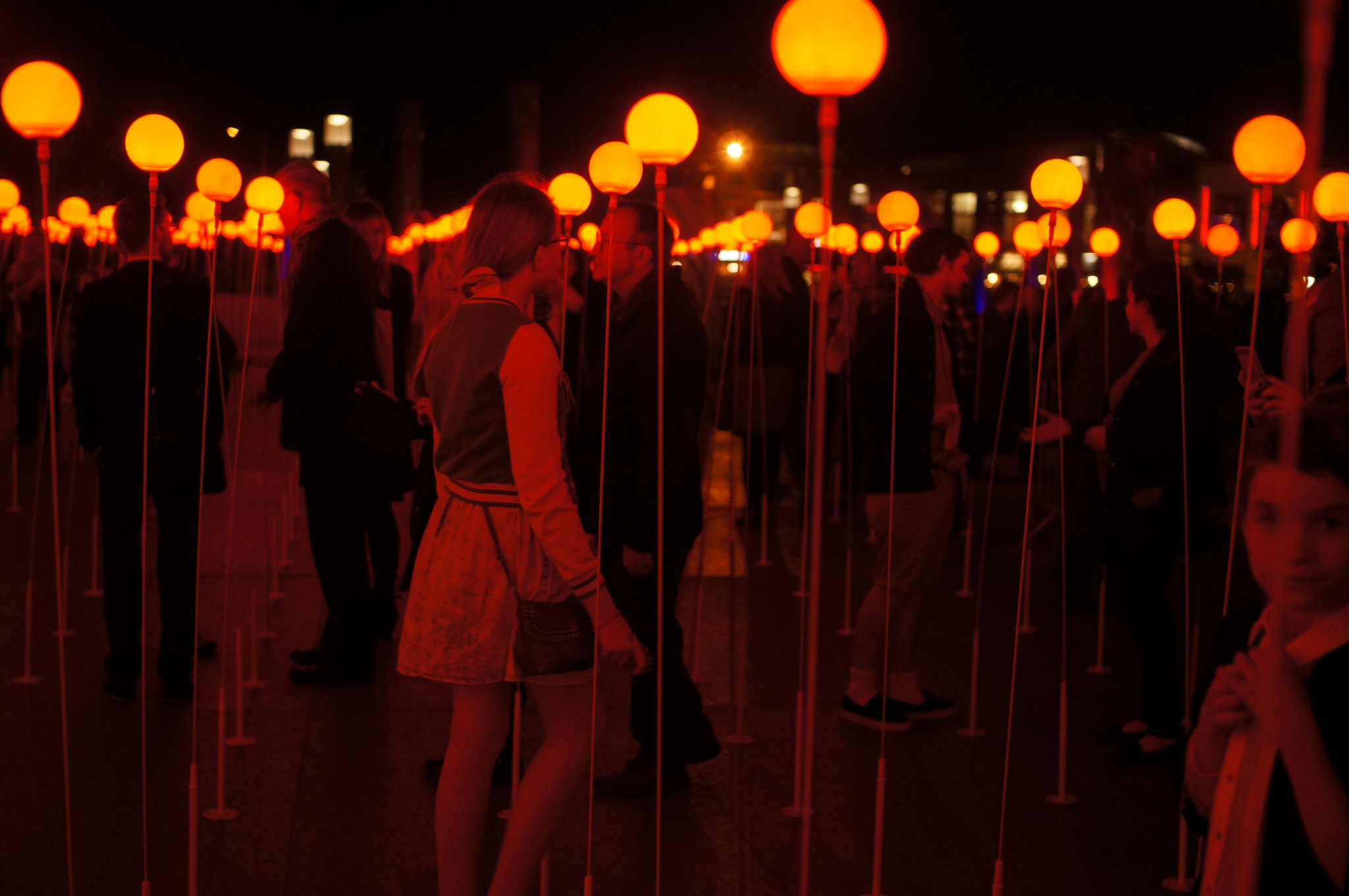 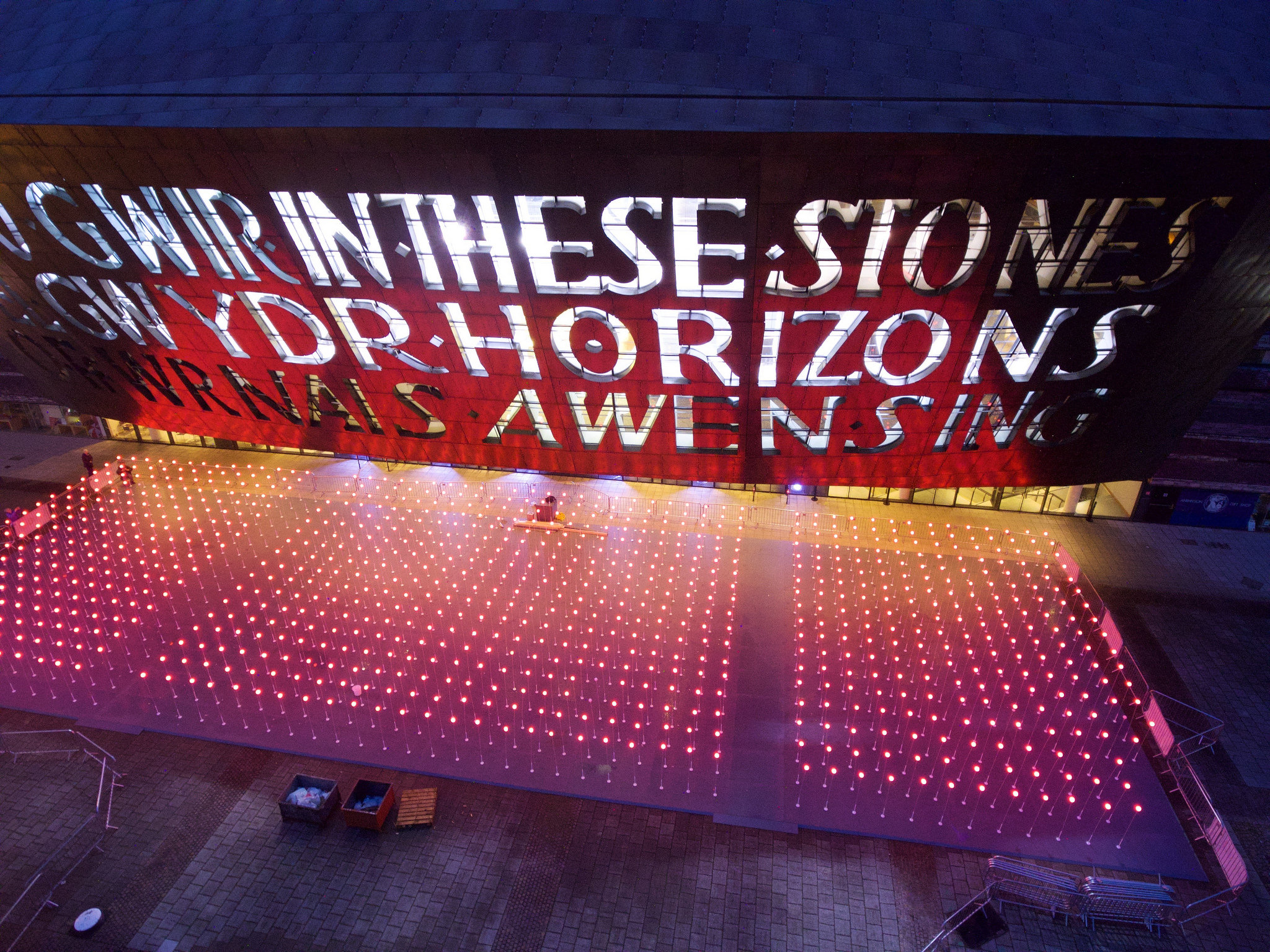 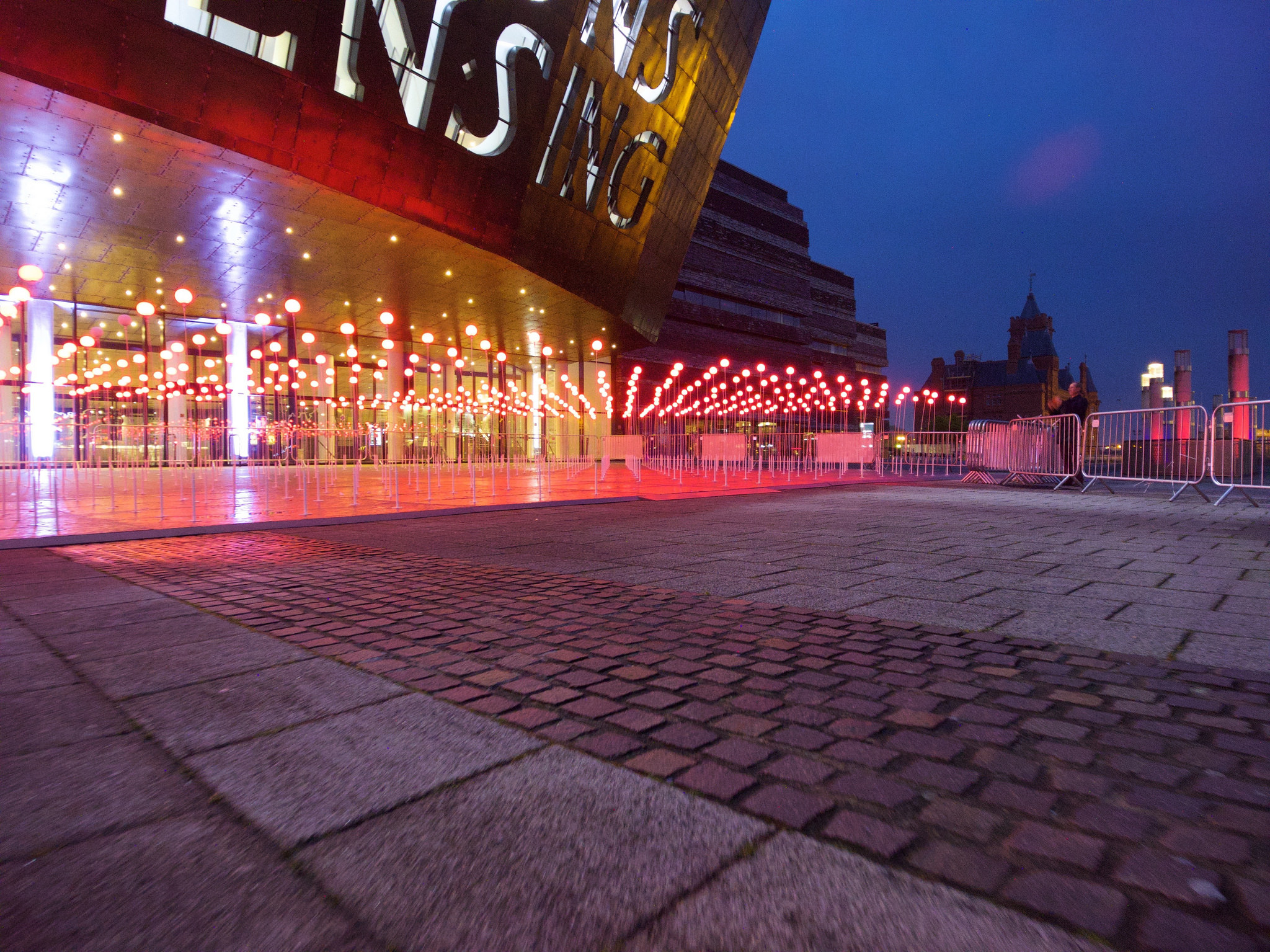 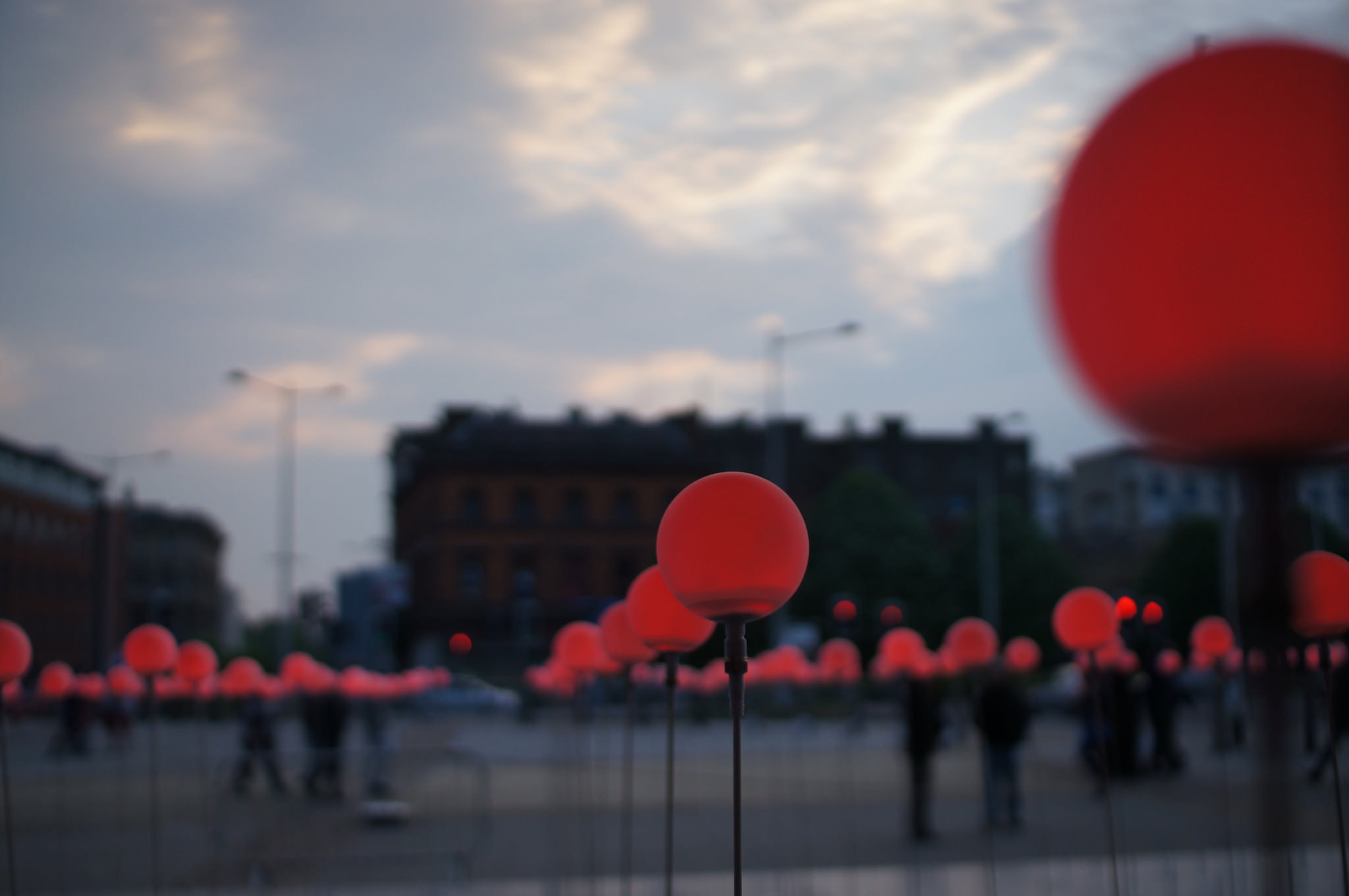 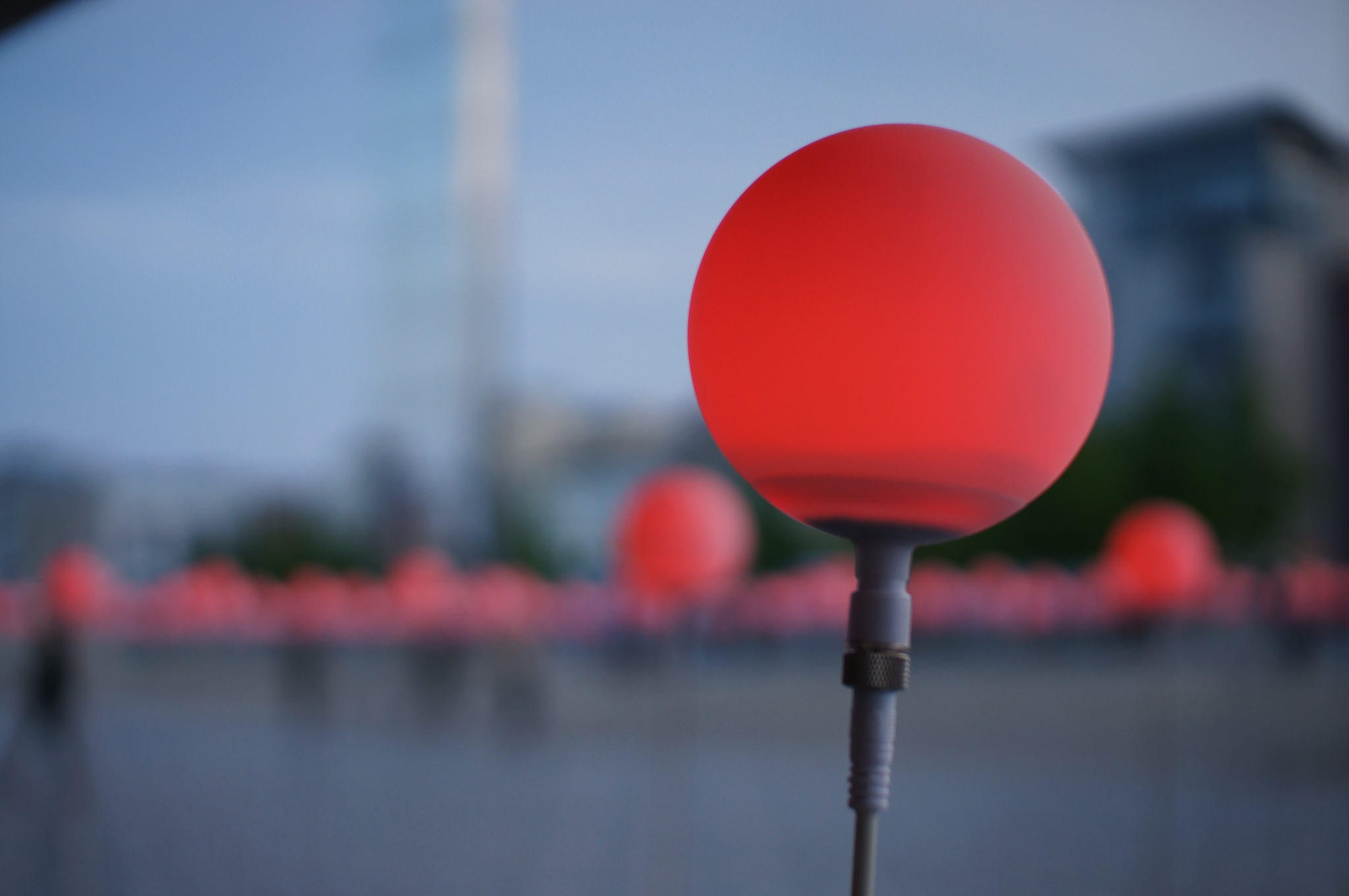