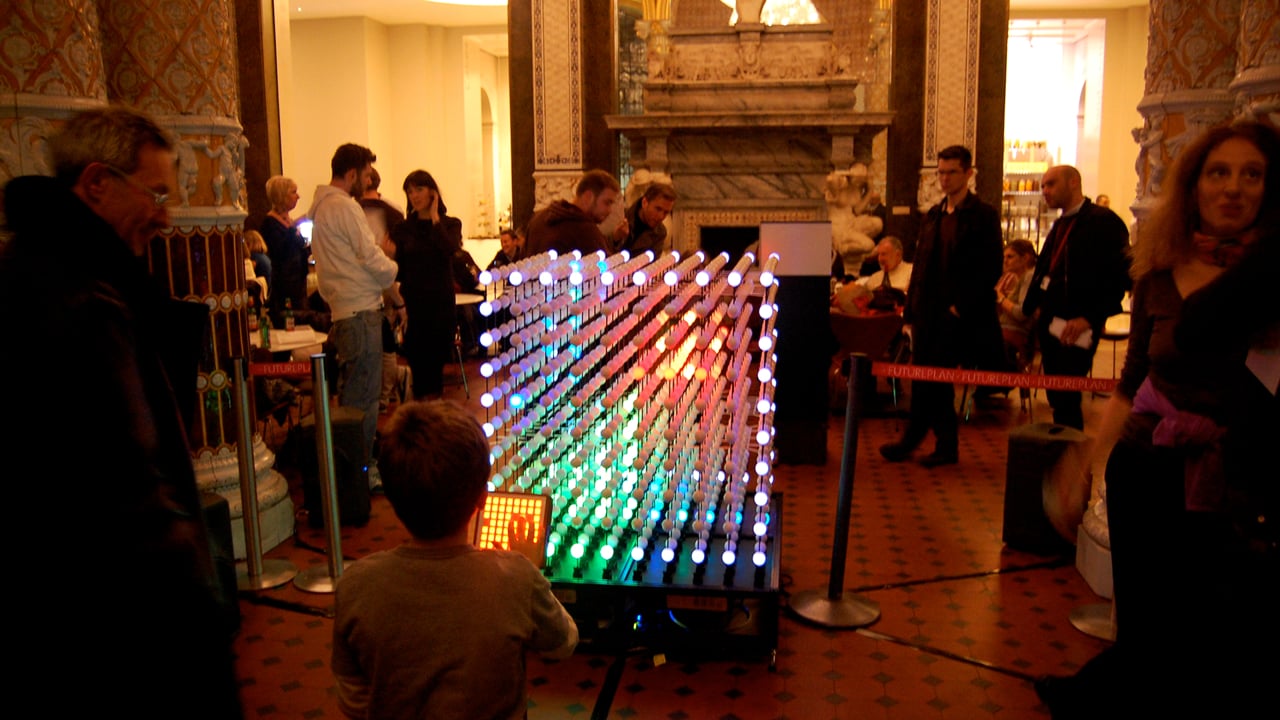 Planes, missiles and other hardware that deflect or otherwise avoid radar detection were key in the race for world supremacy. Detection avoidance, or stealth technology, was one of many ‘developments’ to emerge from the Cold War.

In the Stealth project, two grids of triggers target and launch missiles across an abstracted 3D space at each other, attempting to avoid radar detection and annihilate the opposition.

However, in contrast to the Mutually Assured Destruction madness of the arms race, the piece acts as a collaborative spatial musical instrument – each ‘missile’ emits sounds based on its relative position and the conditions it encounters along its trajectory.

NOVA is modular and expandable – a NOVA system installed at Zurich’s main train measured 5 x 5 x 1m and consists of 25,000 points of light in 3D space.

The Stealth Project was first shown as part of the Cybersonica / French Connection Friday Late at the V&A on 31st october 2008. It was also shown at the Ormeau Baths Gallery in Belfast from 7 to 29 August 2009 as part of ISEA2009.

Stealth was produced by Squidsoup in collaboration with ETH Zurich and horao GmbH and based on research part funded by the Arts Institute at Bournemouth with additional support from Massey University, New Zealand. 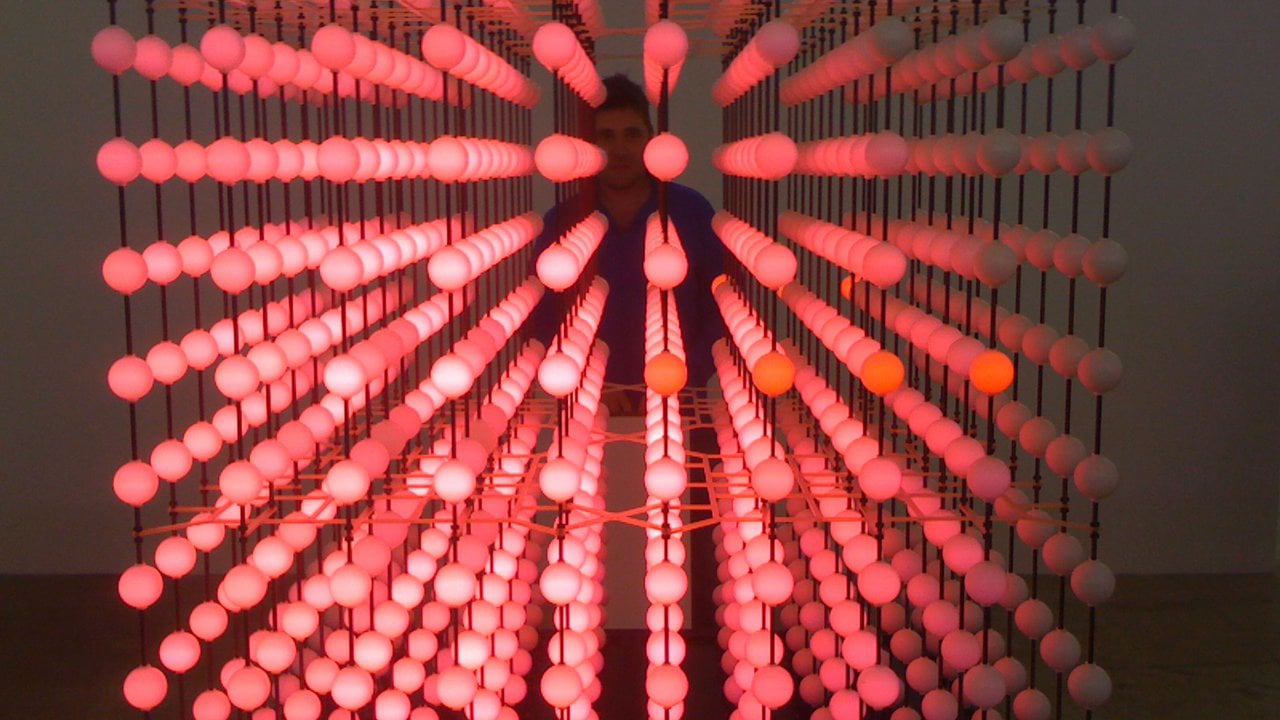 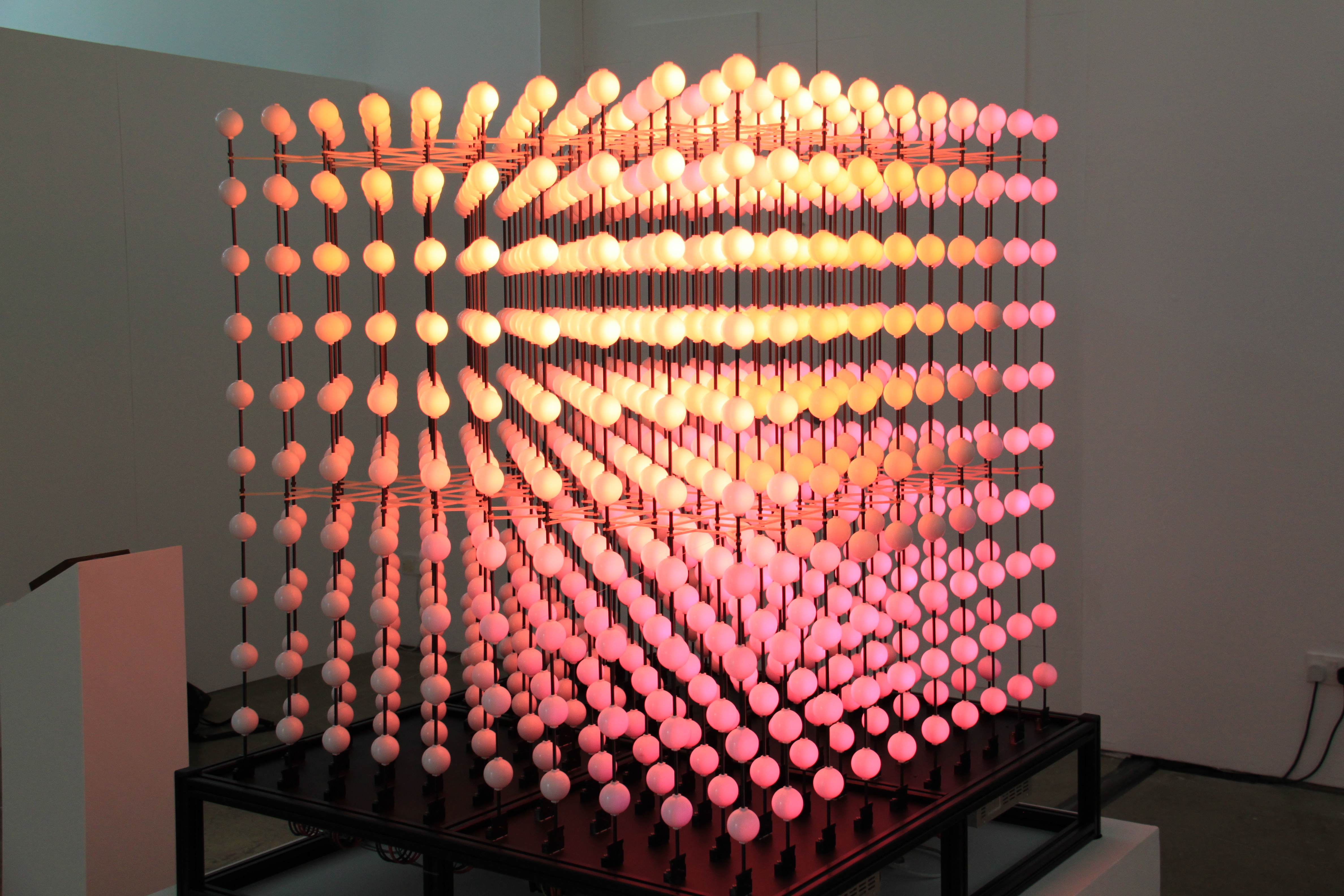 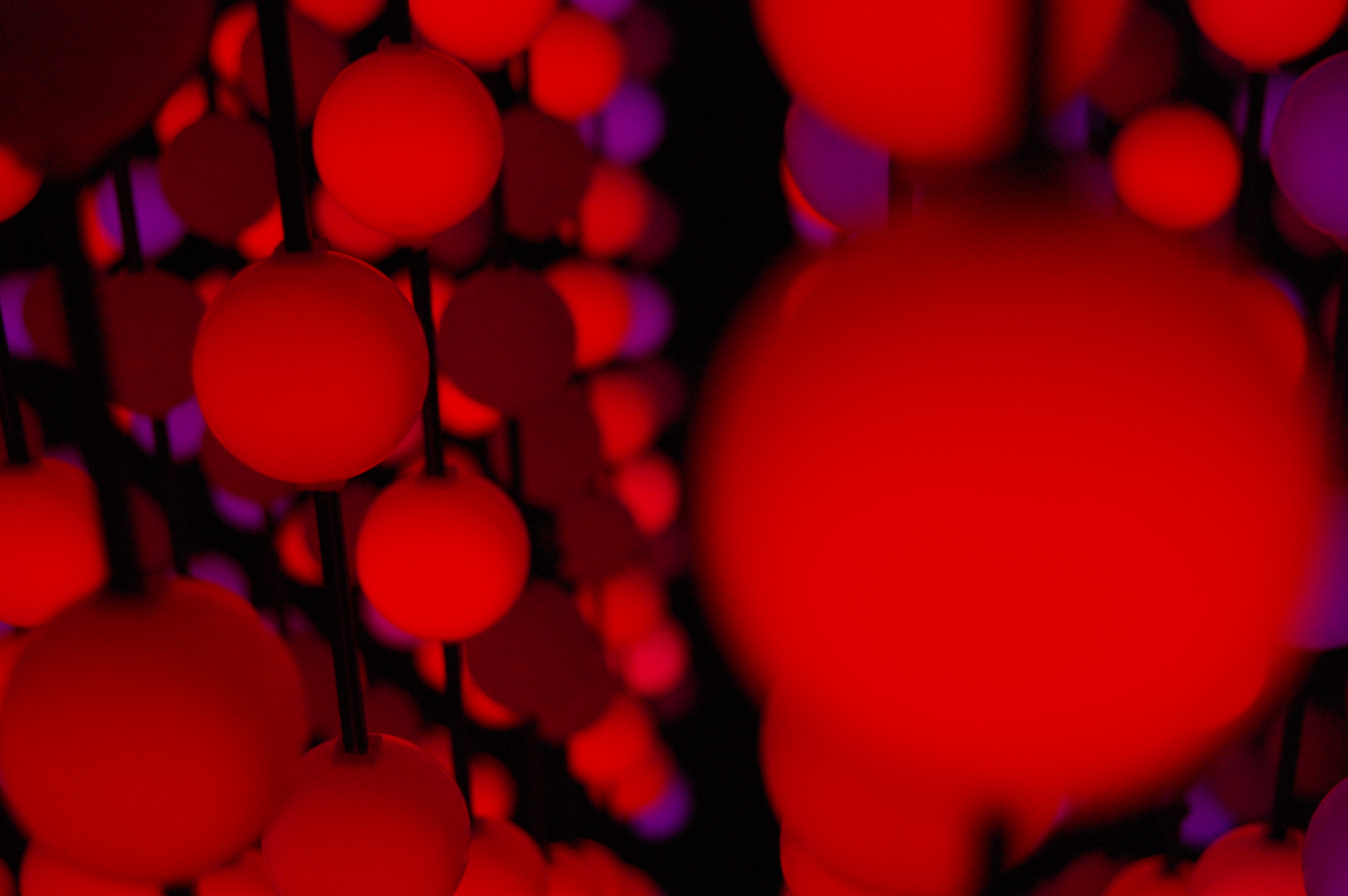 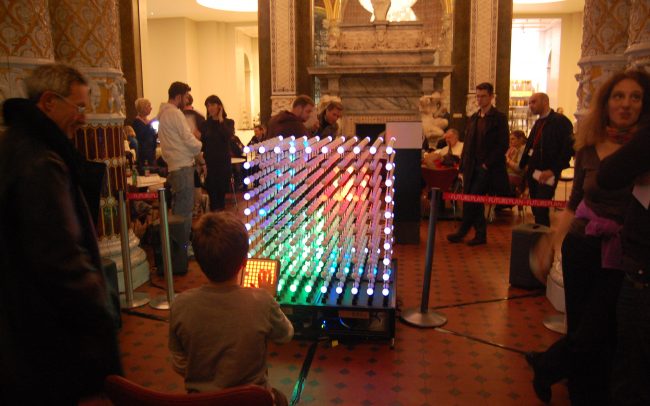 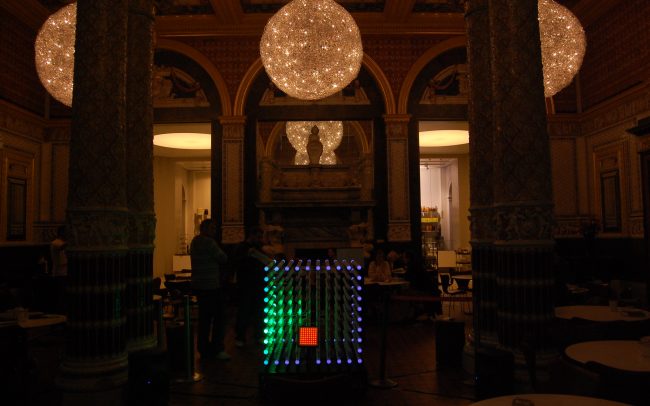 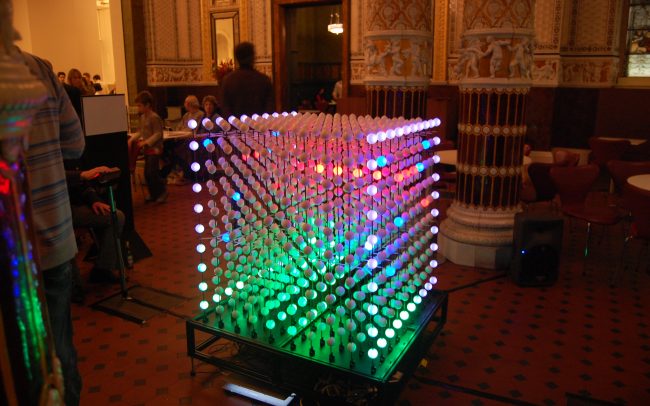 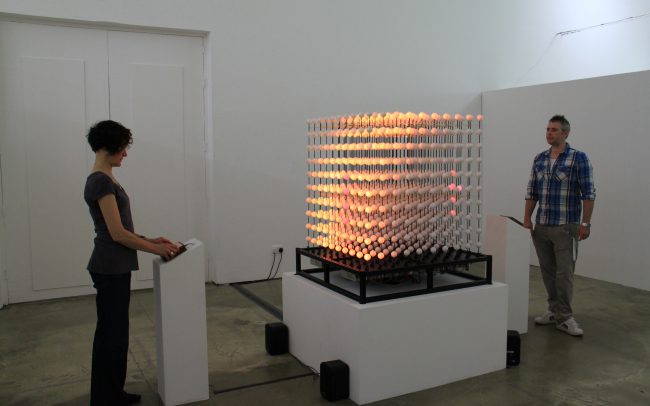 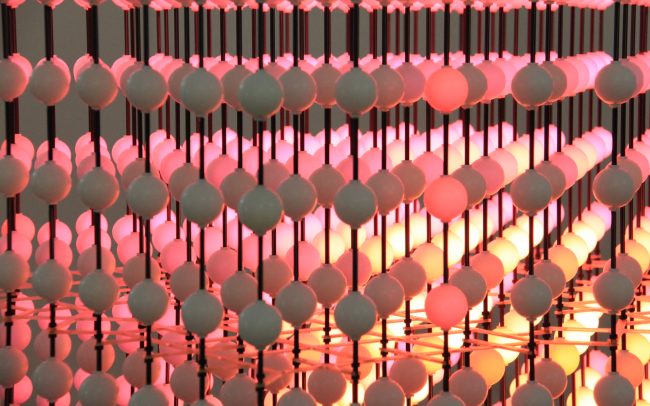 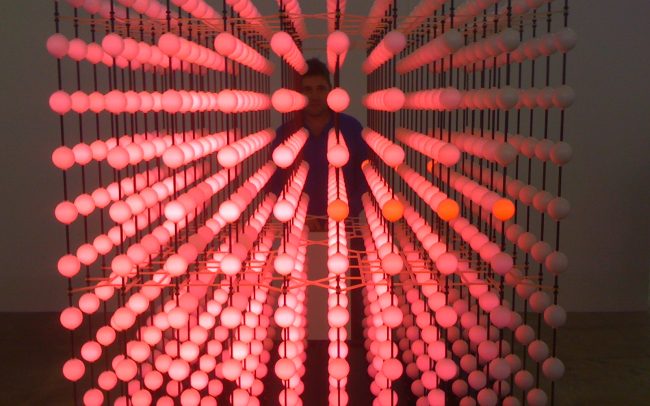 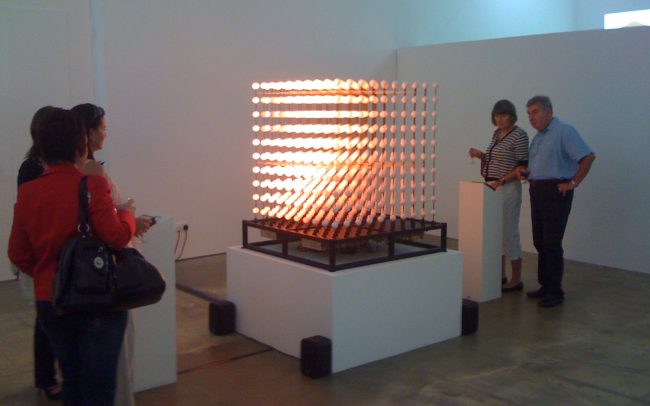