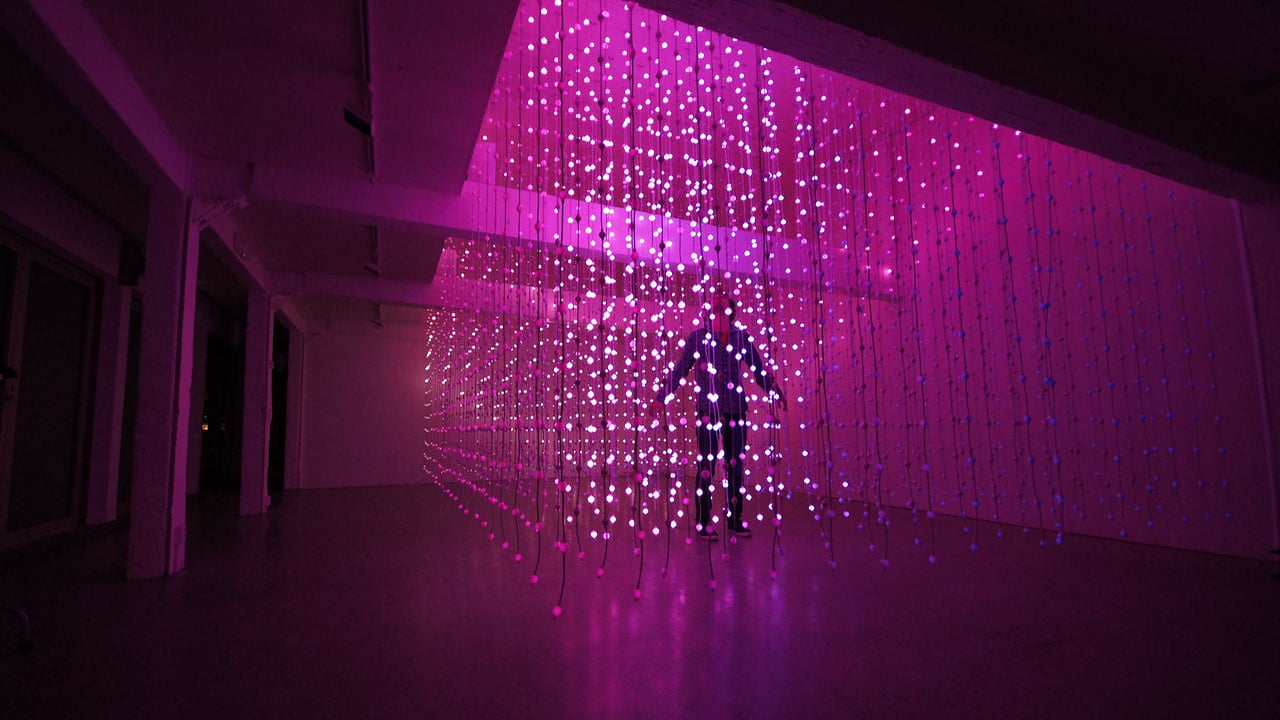 Submergence is an installation artwork that consists of a physically enveloping three-dimensional volume of dynamic digitally mediated light that participants can experience from within. As people move inside the space, the environment responds to their presence and movement. Once inside, participants are literally immersed in light; it is all around them, above, below and behind. In filling the entire volume of a large room with mediated light-based information, the piece is in effect an augmented space.

Submergence uses a linear temporal structure, consisting of four sections, or movements. Each lasts for a fixed period (three to five minutes), and the four movements run sequentially, building in intensity to a climax at the finale. Within this structure, however, each section represents an interactive, responsive eco-system that is generated in real-time from interrelated dynamic digital entities or materials.

Lanterns
Orbs of light, suspended in mid-air and slowly wafting through, fill the space. As they move, they are disturbed by any physical presence and will flow around it. Physical movement near the orbs repels them, pushing them away.

Divided Space
When empty, Divided Space presents a hollow negative space by illuminating only the outside surfaces of the volume. Within this, a single plane slowly rotates, dynamically partitioning the space. On entering the space, these planes are disturbed and, as participants move within the space, they leave a trail of light behind them, reminiscent of disturbing a bioluminescent liquid.

Swarm
The space is inhabited by a swarm of lights, aware of each other and also of other presences within their territory. Using swarming motion algorithms, the space becomes alive with movement. Any physical presence within the space causes the swarm to be attracted to it, congregating around one’s head in a flurry of activity.

Ecstatic
This is pure experience. The sound volume increases as a polyphony of sawtooth tones invade the space, accompanied by an array of exploding spheres. Inspired by firework displays, it is a though one is watching them explode from within. Paradoxically, there is no ‘real’ interaction here; physical presence within the display has no digital effect.

Variants of Submergence have since gone on to be shown over 70 times across 6 continents.

More details in THIS PAPER 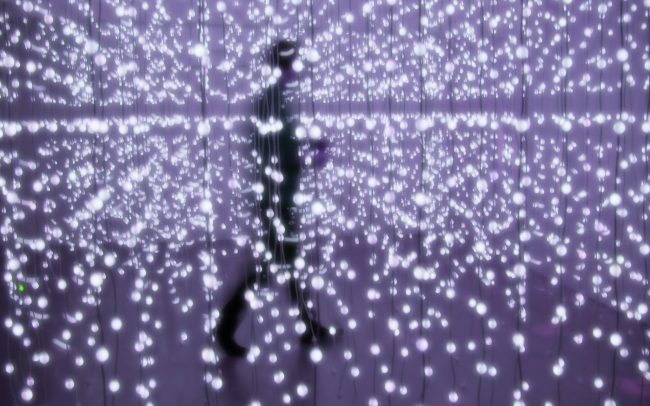 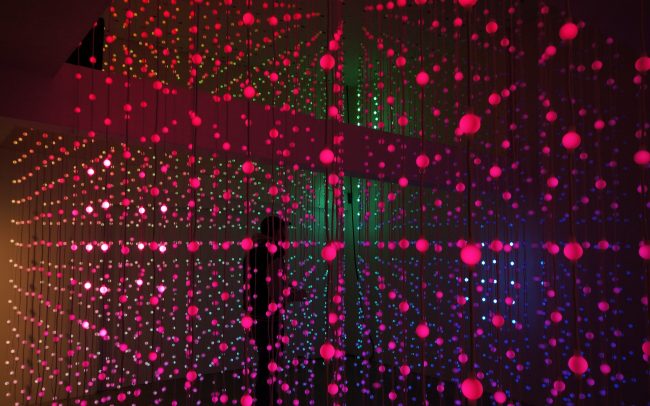 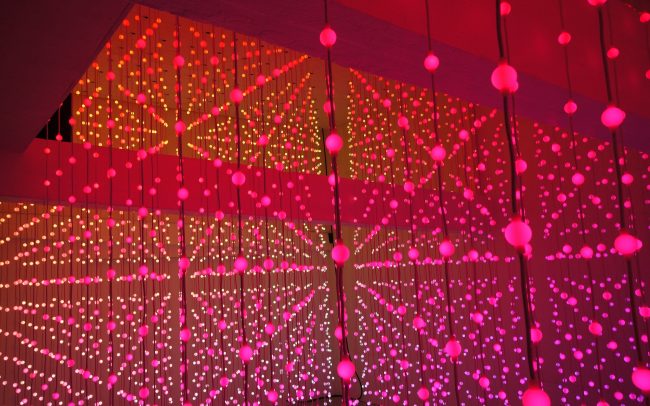 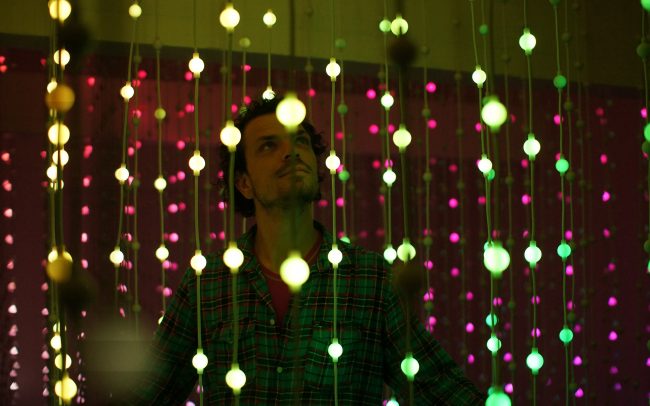 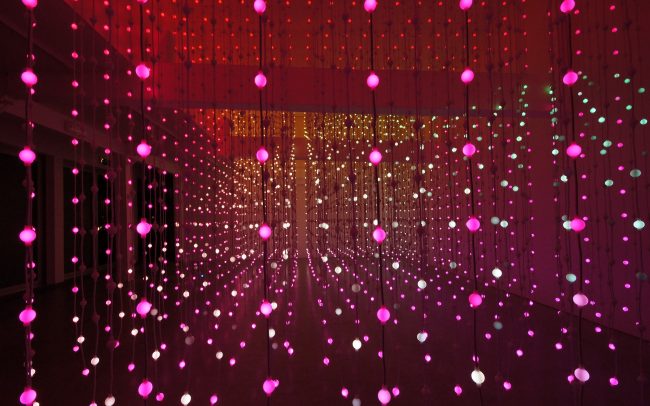 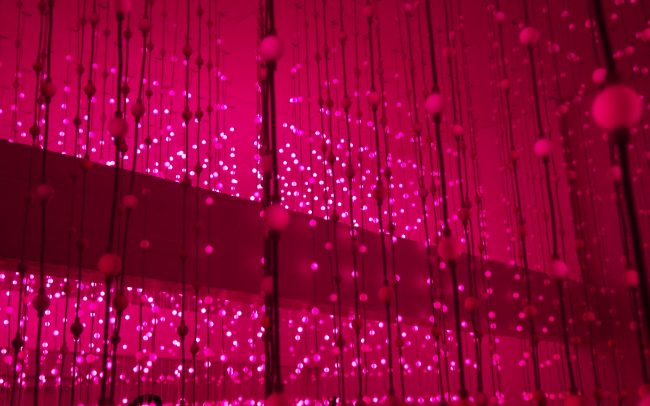 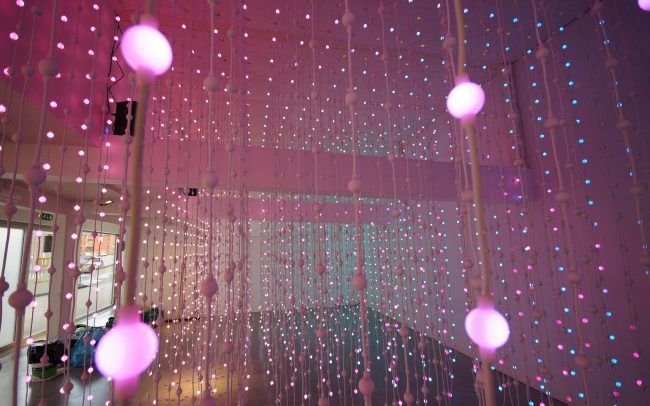 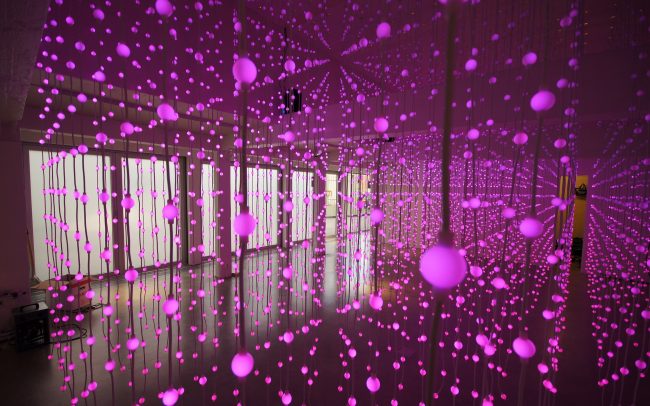 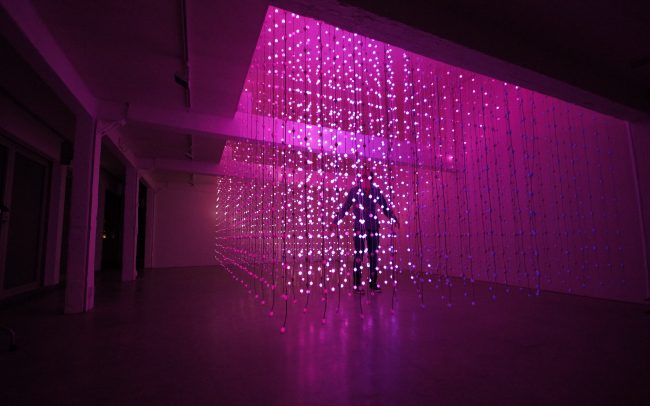 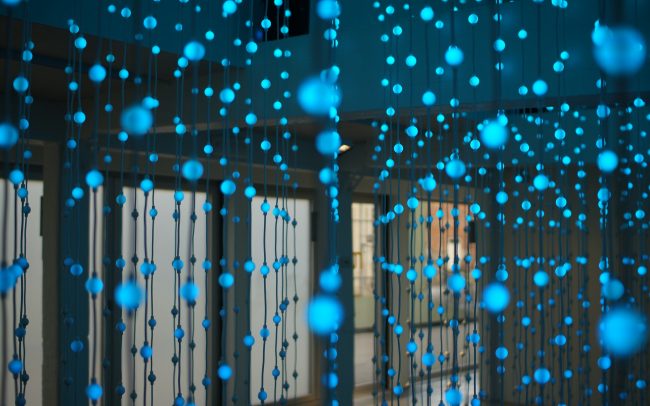 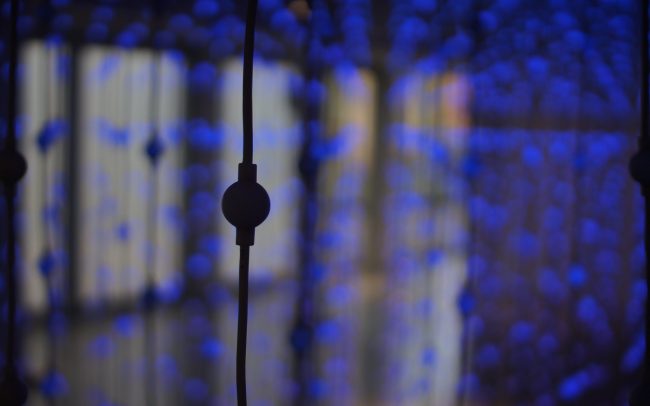 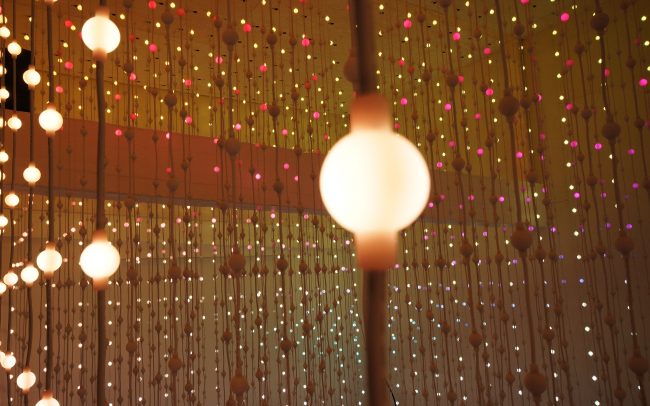 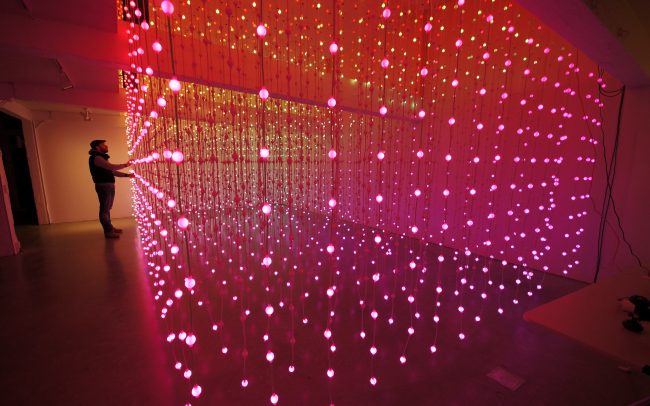 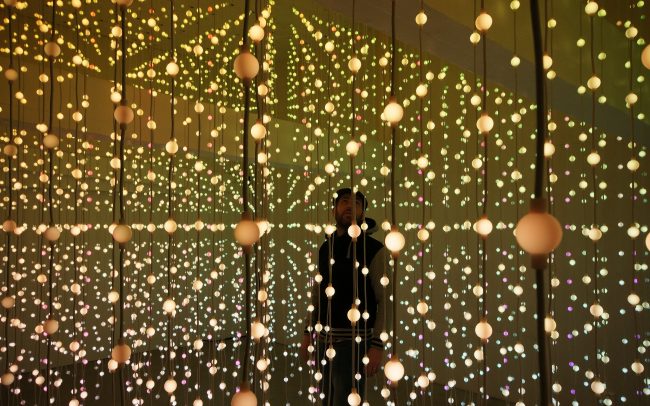 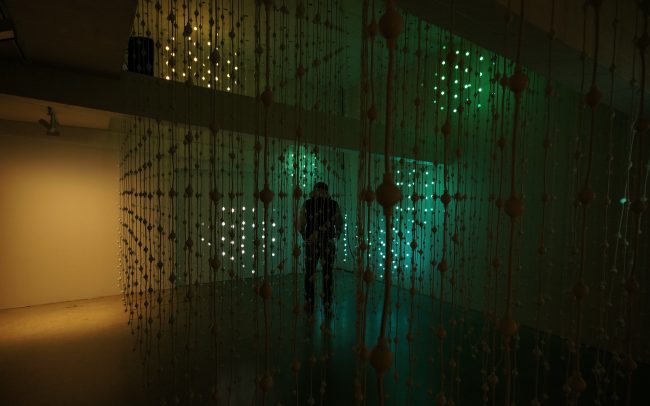